Hank Marvin has been a major influence on guitar heroes ever since he first played lead guitar with “The Shadows”, the UK’s top instrumental band during the great years of the 1960’s. Hank’s unrivaled echoed picking on that famous red Fender Stratocaster- with the employment of an attached tremolo arm is often cited as the inspirational source of the fretboard pyrotechnics of Jeff Beck, Richie Blackmore, and numerous other guitar icons. Jimmy Page, Pete Townshend, Eric Clapton, Brian May, Mark Knofler and Neil Young all began by playing in groups imitating the Shadows, of whom Marvin in his black horn rimmed specs, was the principal public face. Cliff Richard’s early chart toppers, “Move it” “Living Doll”, “Traveling Light” kick-started a truly awesome string of forty three top twenty hit singles in just ten years. The Shadows, four instrumental virtuoso’s soon became legends themselves scoring five number one hits, including the legendary Apache and numerous other international top ten hits as well as appearing in and writing songs for for hit movies such as “The Young Ones” and “Summer Holiday”. The Shadows disbanded in 1968 but only to reform several years later.

Hank Marvin’s solo career began with his eponymous top twenty album. Then in the early seventies seeking a fresh artistic direction, Hank joined up with Bruce Welch and John Farrar to record two harmony vocal albums, “Marvin Welch and Farrar” and “Second Opinion”, with a subsequent release entitled simply “Marvin and Farrar”. Towards the end of the seventies a re-formed Shadows hit the top of the album charts with “Twenty Golden Greats” followed by more top ten albums. They hit the singles top ten again, first with “Don’t cry for me Argentina” followed by “The Theme from the Deer Hunter” and “Riders in the Sky”.

Then in 1982 Hank charted with a solo single “Don’t Talk” and after working with The Shadows during the eighties went on to record a sustained series of solo albums throughout the following two decades, several of which reached the top ten and gold record status. During the recording and subsequent live performances of these albums Hank introduced more of his acoustic guitar work than before which met with audience approval; this audience response was the catalyst for his top ten acoustic “Guitar Player” CD in 2002. Hank and his band, which included his son Ben on guitar, performed their last concert tour, a sixty three day sprint around Europe culminating with a final show at The London Palladium in 2002.

In 2009 Cliff Richard and the Shadows joined forces to record many of their greatest hits from the late fifties to the mid sixties this was combined with with a hugely successful sell out arena tour of the UK, Europe, Australia, New Zealand and South Africa. The DVD of the tour topped the DVD charts.

Hank’s professional journey has repeatedly taken him around the globe and seen him acknowledged as one of the world’s leading musical talents. Jimmy Page- “Hank had the first Fender Stratocaster that came into England and he made a great impression on me” Brian May- “I, in common with thousand of others, started to learn Hank’s single note style. None of us ever quite got that great sound.” Eric Clapton- “When I was thrashing around on acoustic guitar there was someone who had already found and settled on a clear, pure sound; that was Hank Marvin. The result was a clear sweet melody over a strong rock beat.” Jeff Beck-“Hank is 80% of the reason I started playing guitar.” 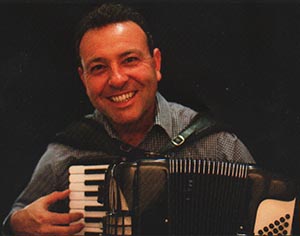 Nunzio Mondia began his professional career at 16, as a pianist and musical director. He graduated from the Conservatorium of Music and Edith Cowan University in Western Australia, with a bachelor of Education, Post Graduate Diploma in Educational Studies and a Master of Education. His extensive training covers Jazz, arranging, composition, music education and experimental music research.
Throughout his career, he has collaborated with with a wide variety of International stars including Hugh Jackman, Shirley Bassey, Michael Crawford, Demis Roussos, The Supremes, Thelma Houston, Julie Anthony Tommy Tycho and Eric Idle (Monty Python).
Nunzio, a member of the arrangers guild of Australia (MAGA, has provided arrangements and featured as a soloist with the WA Symphony Orchestra and orchestrated works for the WA Ballet company, the Kiev and St Petersberg Ballet Companies.
His achievements include composing the score for the Walkley award winning documentary “They Said Don’t Worry- The Deborah Maybury Story”, Channel 9 Perth.

Hank and Nunzio first met in 1994 during the recording of the Hank Plays Cliff album and since then have collaborated on several of Hanks Solo albums.

Nunzio continues to arrange and produce for a variety of artists. 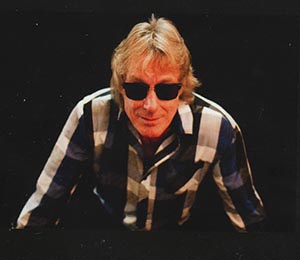 In the 1960’s Gary Taylor was a founder member of UK band “The Herd”, which featured an equally young Peter Frampton. Hit records included “From the Underworld, and “I don’t Want Our Loving to Die” which are still occasionally played on radio to this day.
In the 1970’s having established a secondary career as a BBC radio disc jockey and presenter, Gary was also in demand as a session bass player and guitarist and performed on many hit records with artists such as Dave Dee Dozy Beaky Mick and Tich, Stealers Wheel, Demis Rousos, Jerry Lee Lewis, Fox, Frankie goes to Hollywood, The Proclaimers, Gerry Rafferty and Rodriguez to name but a few.
Gary emigrated to Perth WA in the late 1980’s and began a new career as a jingle writer and voice over artist for agencies both in Australia and Singapore. It was during this time he was surprised and delighted to bump into Hank Marvin who had also emigrated a couple of years earlier.
Hank invited Gary to play bass on his new album Hank Plays Cliff in 1994, which eventually went gold. This was the first of many recordings where they worked together on musical arrangements with Gary sometimes playing keyboards, bass, rhythm guitar and even occasionally vocals.
Currently Gary still writes the odd jingle, performs as a voice over artist, produces music from his home studio and teaches both guitar and bass.